I wanted to build a paper airplane with an external source of propulsion with the end goal of using an Arduino to make it fly in a circle autonomously.

My first attempt was to make a rubberband powered paper plane. i bent a cut up coat hanger and hot glued a washer in as a bearing for the propeller (thanks Parkview). The propeller was constructed from two strips of paper that i freehanded a lattice of PLA using a 3D printing pen. Finally this was hot glued onto a bent paper clip. 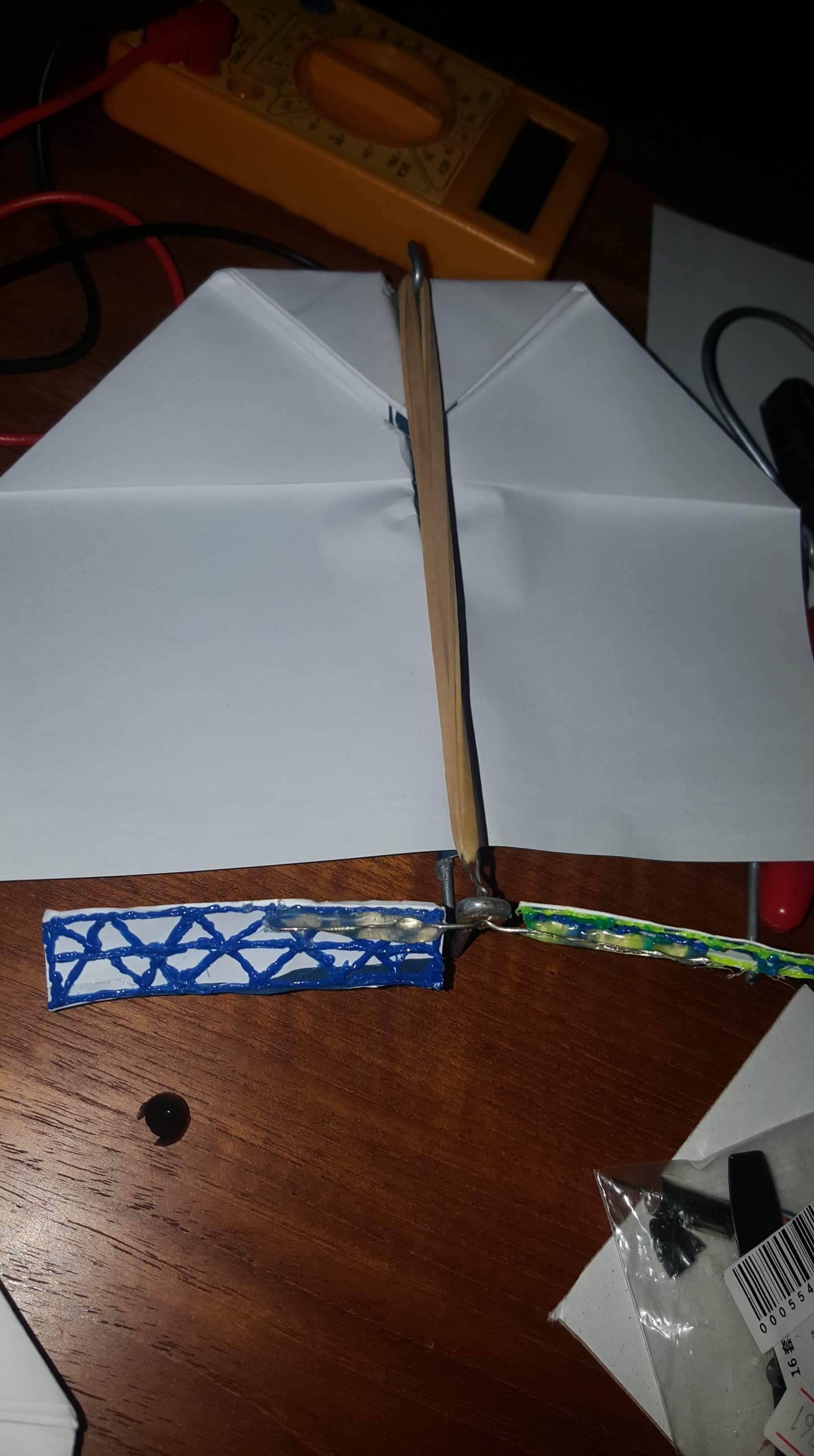 Overall the coat hanger/washer design worked quite well but the propeller was a total fail. If i came up with a way to attach a propper propeller onto it, it might be able overcome the weight of the coathanger.


Next i wanted to try and put an electric motor on a paper plane.

This worked super well. Managed a 30m-40m flight with a very light throw. Only problems with this build were the motor got so hot it melted the hot glue holding it down and on landing the propeller would chop up the tailing edge of the wings of the plane making it very quickly un flyable.
It also needs some shorter wires as they would tangle up occasionally around the prop. I wanted the length with the first build so i could play around with where to put the components.

lastly i found a thingiverse 3D printed rubberband launched glider and decided to build a launcher for it
https://www.thingiverse.com/thing:1115840 - Glider files

These things are great fun but highly recommend making them out of bright colors as they can be quite hard to find. They will fly roughly 30-40m and are easy to trim out by following the comprehensive instructions included in the download.

i designed a launcher to be 3D printed but it had multiple problems. 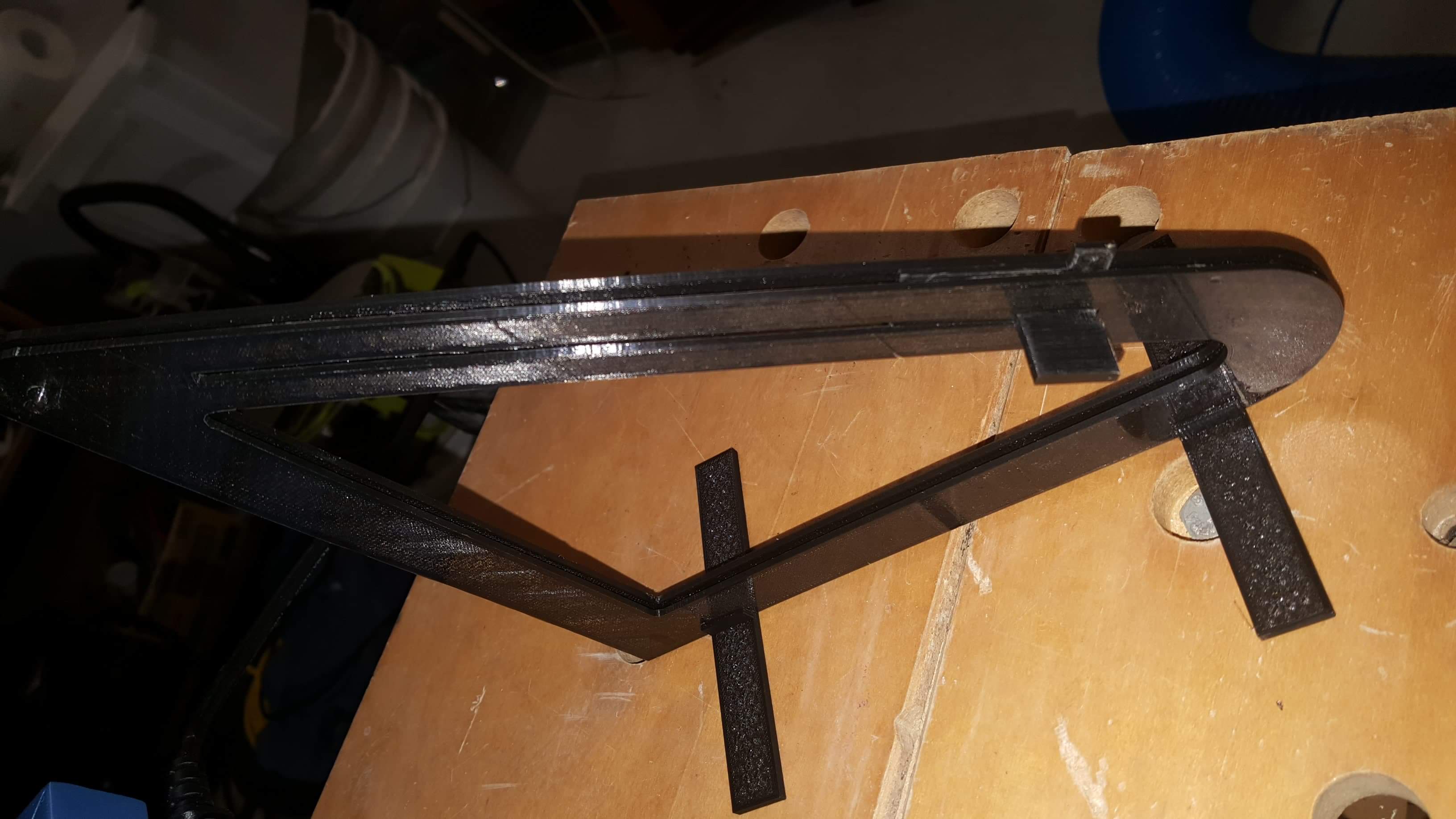 The PLA was too flexible and would warp under the pressure of a rubberband and being limited to the size of the printer bed ment that it didnt have enough draw to launch the plane.

Makes a great stand though! 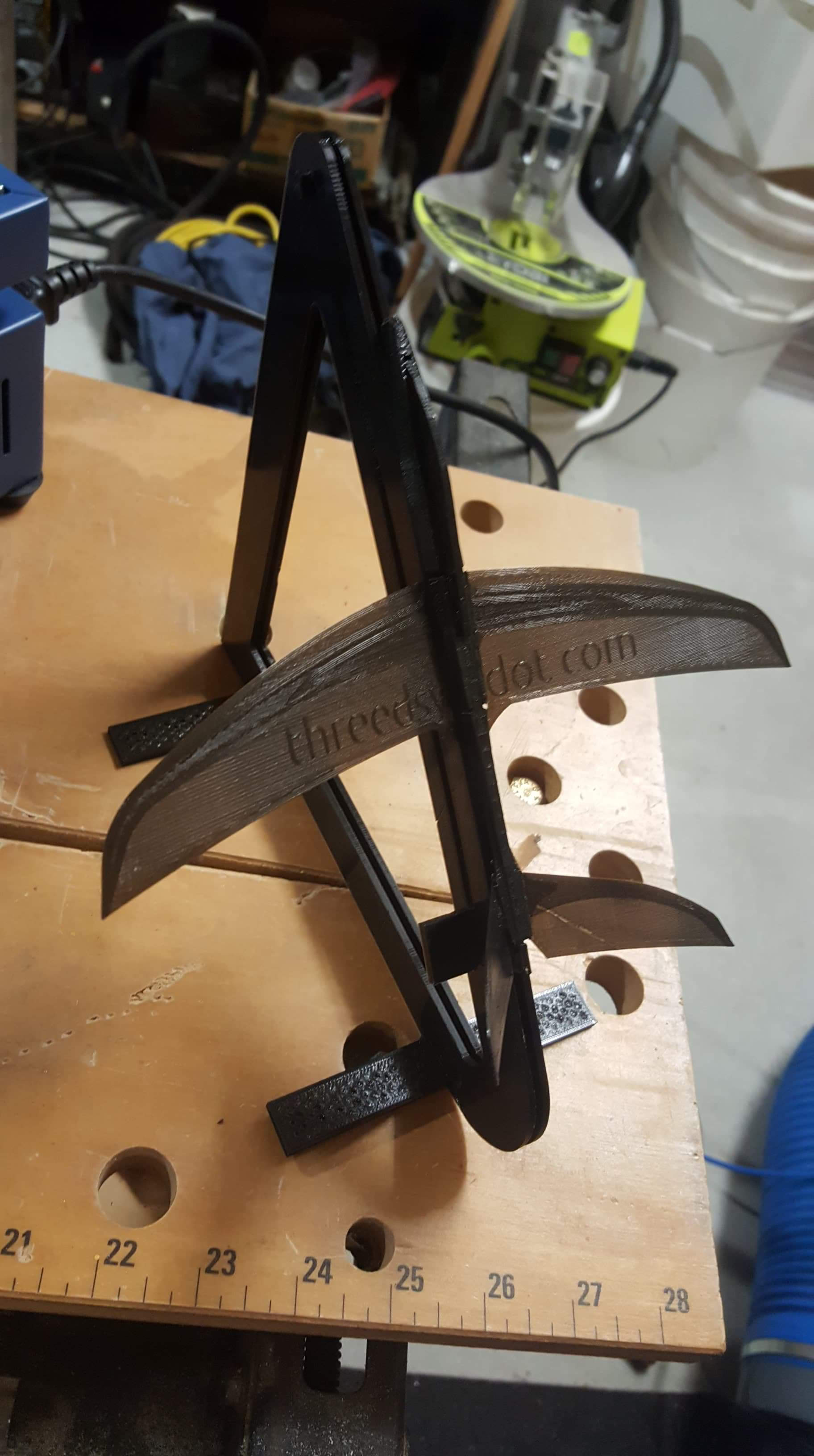 So its back to the drawing board. The new launcher will be laser cut MDF and desgined around a 200mm rubberband

Certainly I'd like to play around with in the future, but still learning the basics of well, everthing. i thought automated would be easier but not so sure now. i love the altimeter idea! i'll have to see if i can attach one to the 3D printed plane.
Top
Post Reply
3 posts • Page 1 of 1