Back in 2017 a group of us where touring the fairy land of the Shaibu Fabric Markets in Shenzhen (Take Exit C at the Shaibu Station): 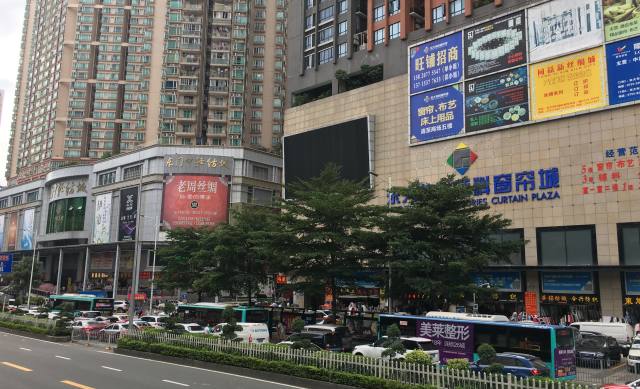 One building has a few floors that are a wonderland of fabric bling: 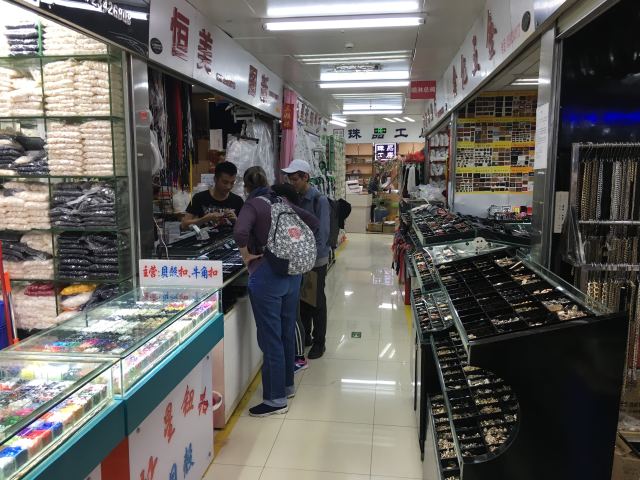 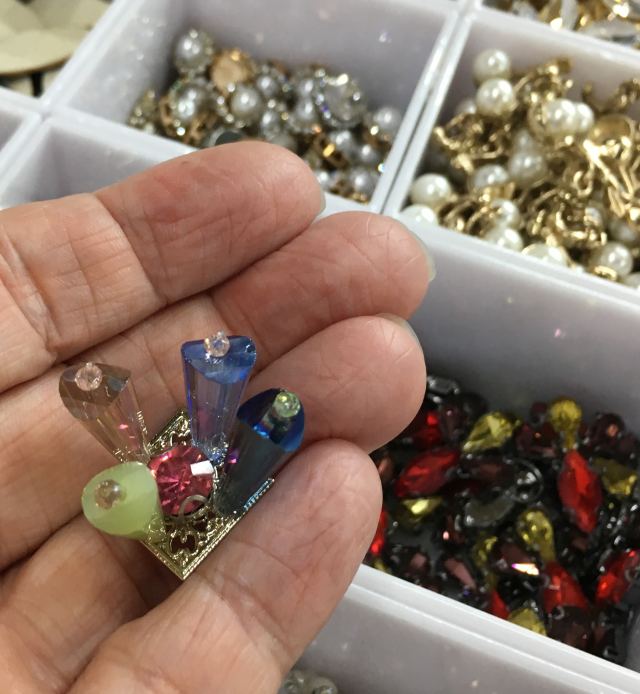 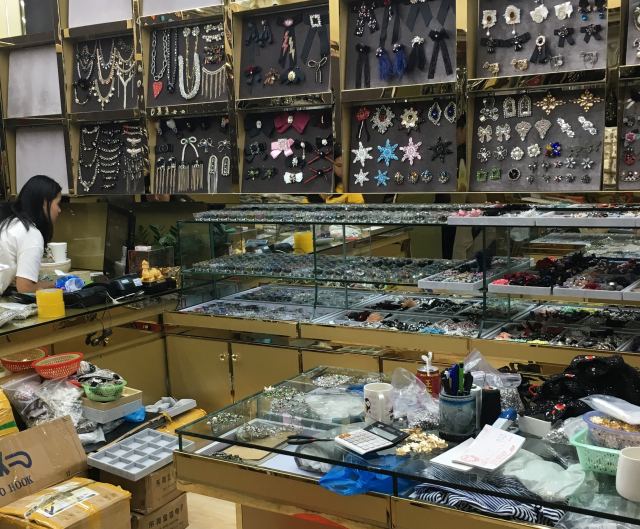 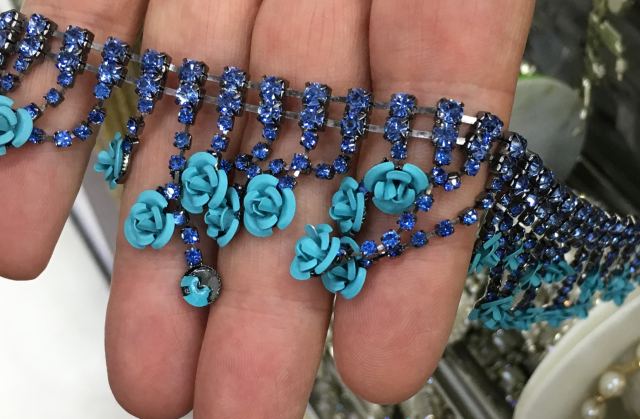 
I came across some clothing toggles. The kind that can be found on warm winter jackets: 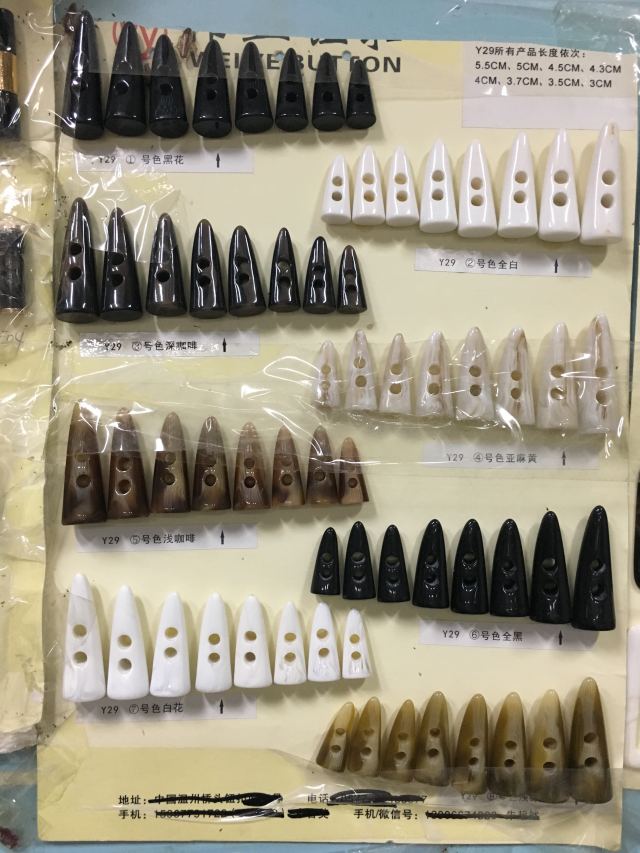 I thought one day they might make great dragons teeth - glow in the dark kind of things, or who knows what. They where large enough to mount a 5050 white or RGB LED in the base of them.

When I was back in Australia, I quickly made a few home made PCB's for the white LED and RGB LEDs: 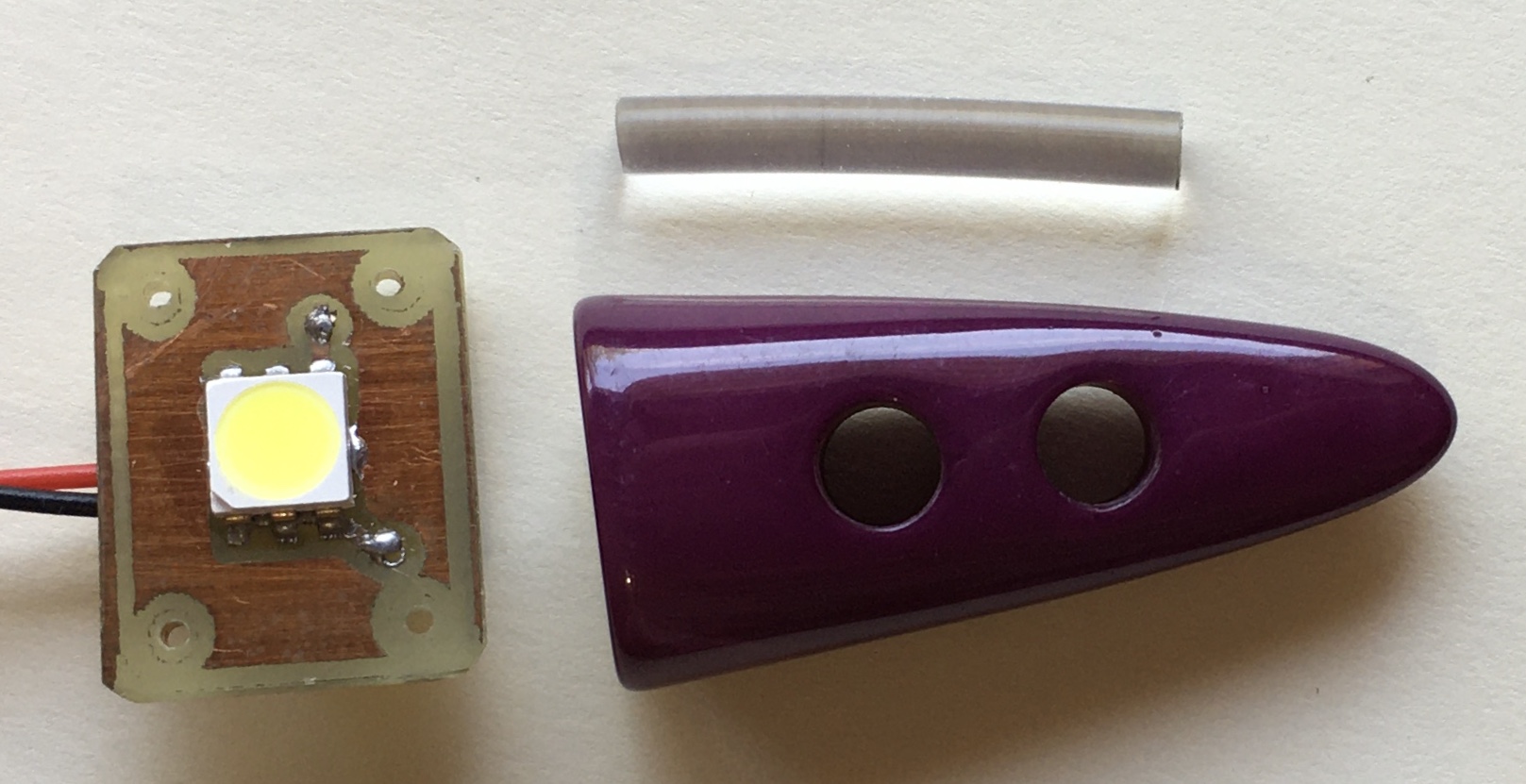 I had a play with them, but found the LED light wouldn't get past the first toggle hole, so I drilled a hole for the 5050 LED and then in the middle of that, a hole for some 2.5mm side lit optical fiber: 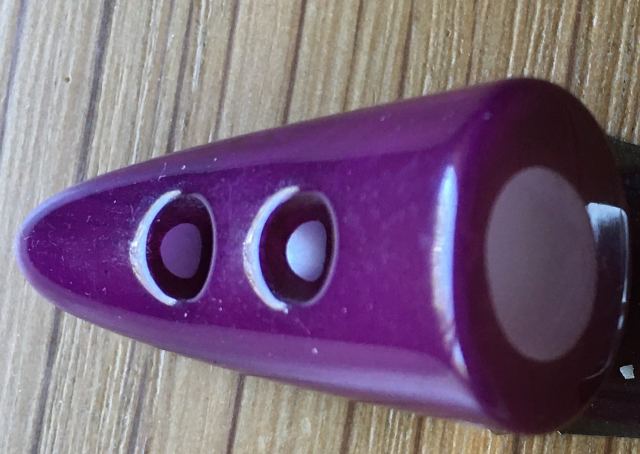 This kind of evenly lit the whole plastic toggle up: 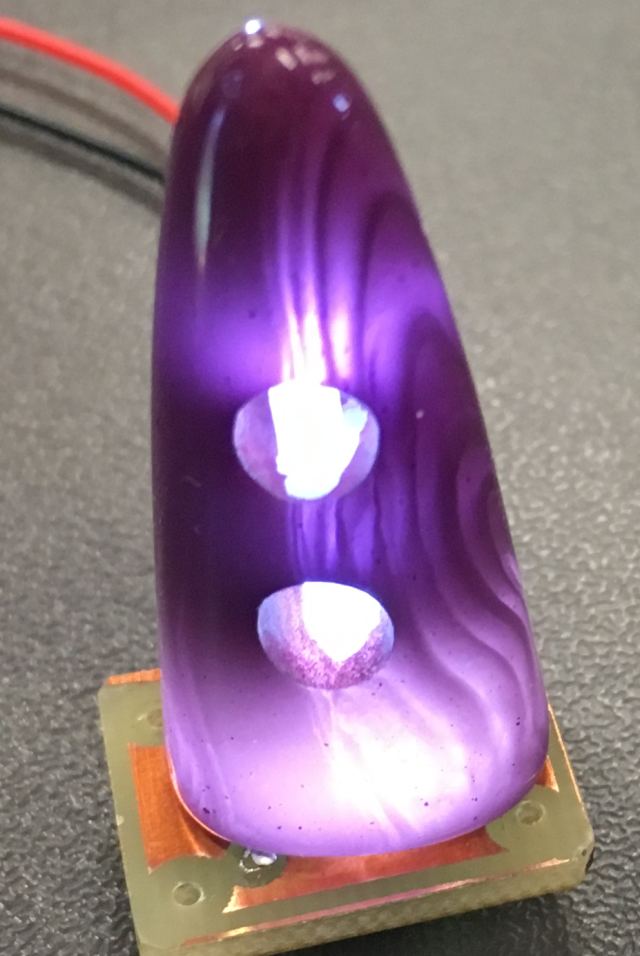 Diane was making some tiny quilt hexagon quilt blocks (with hand micro stitching) so we positioned one in the center to see how it would look: 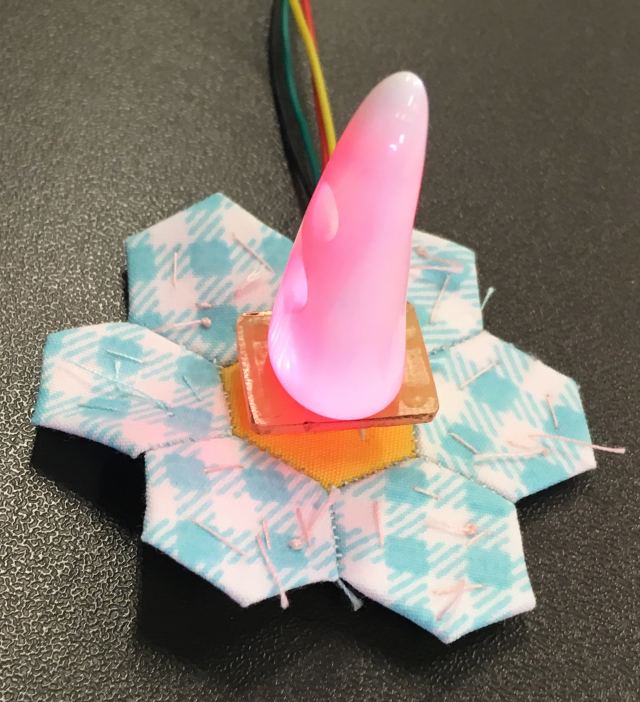 
I ended up getting some PCB's made up for the LEDs. These have 2mm corner holes to make them easier to sew down onto fabric: 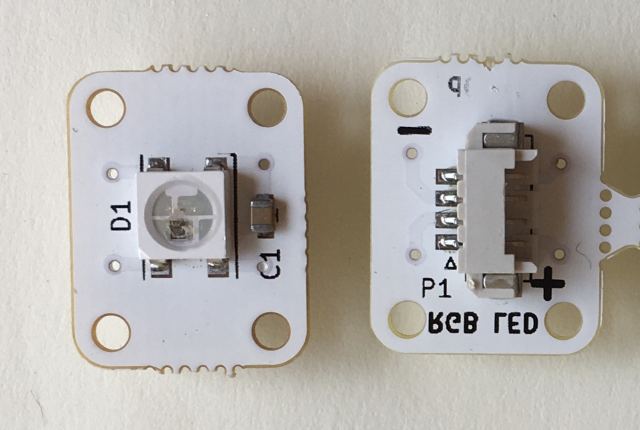