Tell us about your projects. Update us regularly.
Post Reply
5 posts • Page 1 of 1 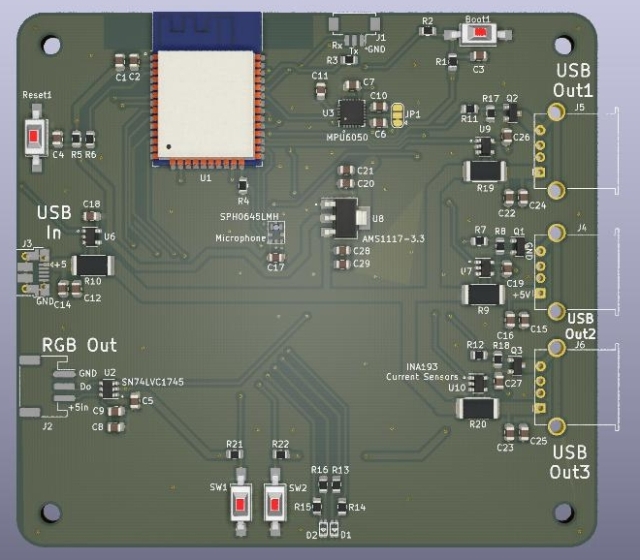 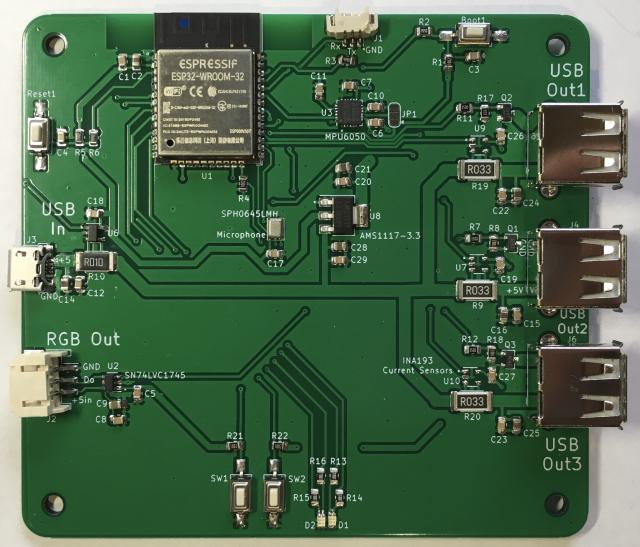 There prototype board ended up with a few fixup wires, but I eventually was able to get the IMU MPU6050 6DoF IC and the SPH0645 MEMS Microphone recognised via Arduino software. From there it was then time to plan out a new revision of the PCB. 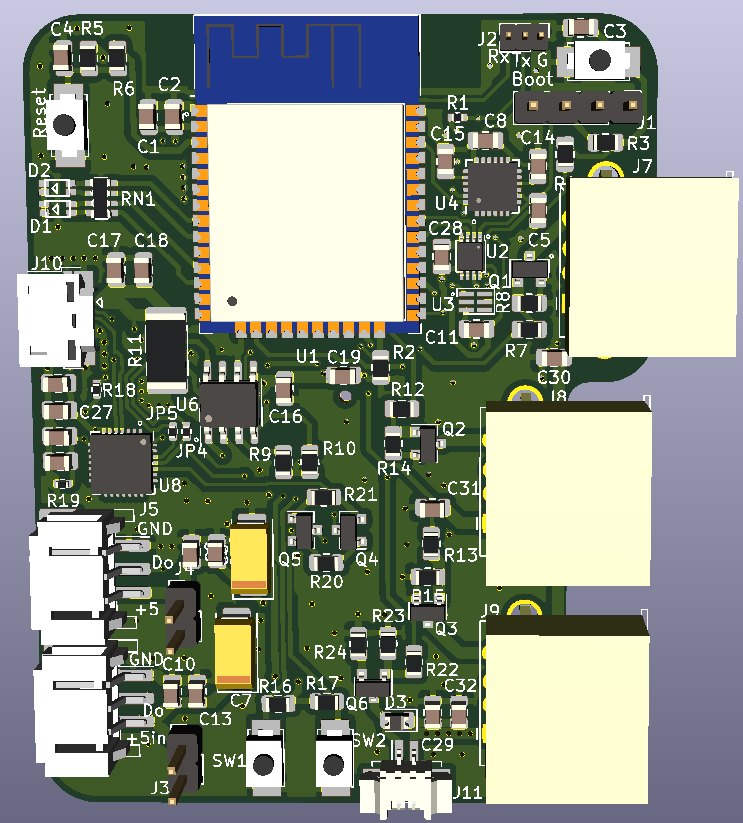 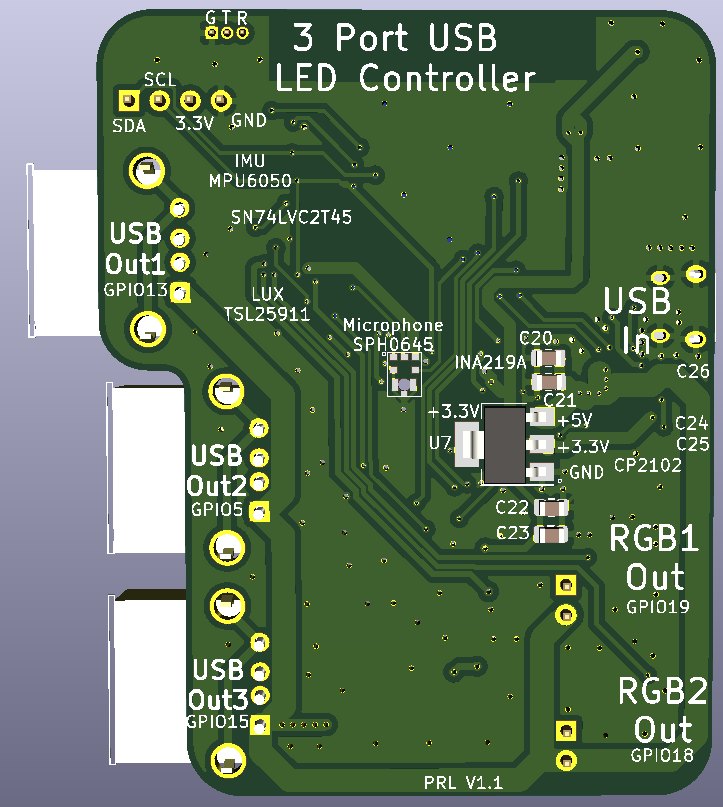 I titled this forum post: USB Power Controller, but a better title might be: USB LED Controller, as this ESP32 based board will control up to 3 strings of USB 5V fairy lights and 2 strings of WS2812 RGB LEDs. 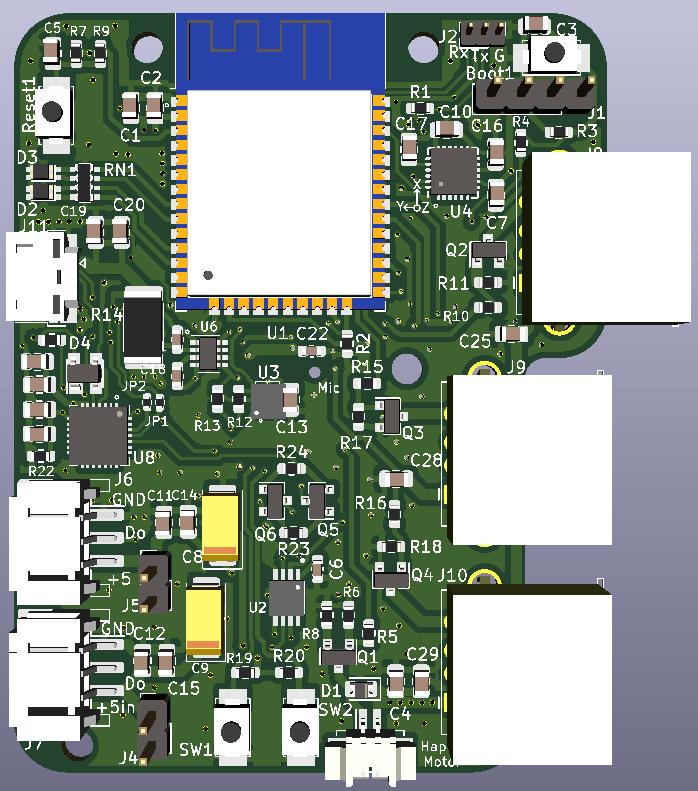 Looks like I forgot to blog about V1.2 version of the board. I made it up in the first half of last year:


Everything seems to work on the board and it's been fun to play with, but to show off it's capabilities, I need to bring along a plethora of strips of LEDs and cables etc. So to get around all of that late last year I designed up a simple LED shield for it. I had it made with black soldermask, so as to distinguish it from the white controller board. It just has a bunch of plain LEDs and some WS2812 Neopixel RGB LEDs: 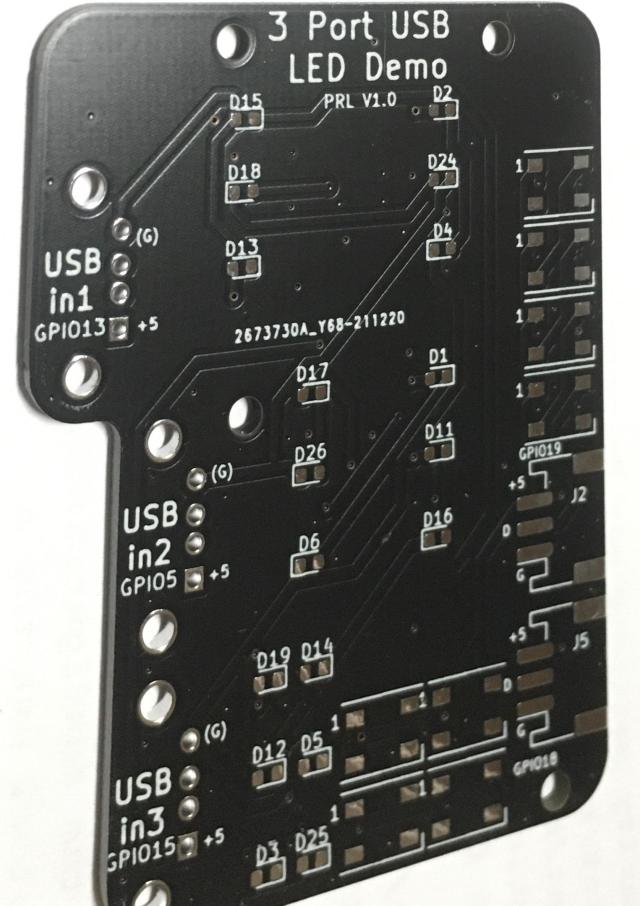 It connects to the above controller board via some 180 deg. USB plugs that I found online at Aliexpress: