One of the previous projects I posted was a ESP32 RGB LED controller that included a few different sensors and it also provided control over 3 strings of plain USB powered strings of LEDs. I wanted this board to be a basic no-frills RGB LED controller. Having said that, it does have provision for a small Haptic vibrating motor port.

This board is powered from a USB micro connector and can self power up to two strings of RGB LEDs. There is a INA219A current sensor to monitor power usage, and this beta PCB version includes an OLED jumper for software development. There is no USB programming, so they can be uploaded via a serial port 1.27mm jumper. It's as small as I could make it on a 2-layer PCB, but due to the odd shape, I could not get the Panelizing software to accept the 'mouse-bites', so I ended up adding them in manually. After uploading to JLCPCB for manufacturing, I see that they have a special on for $5 for five 4 layer PCBs!

While it's not laid out concentrically, it's functional: 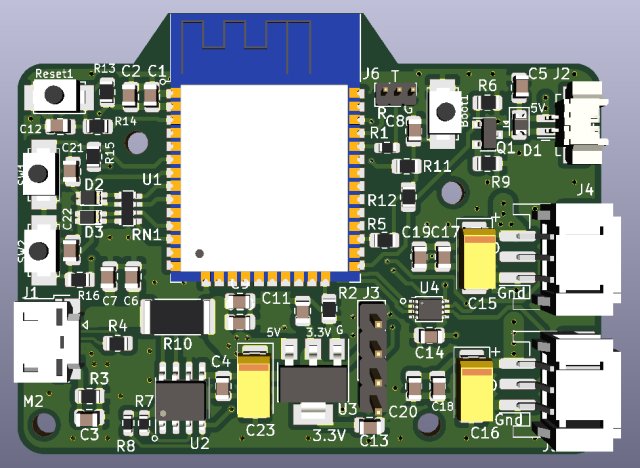 and the PCB backside: 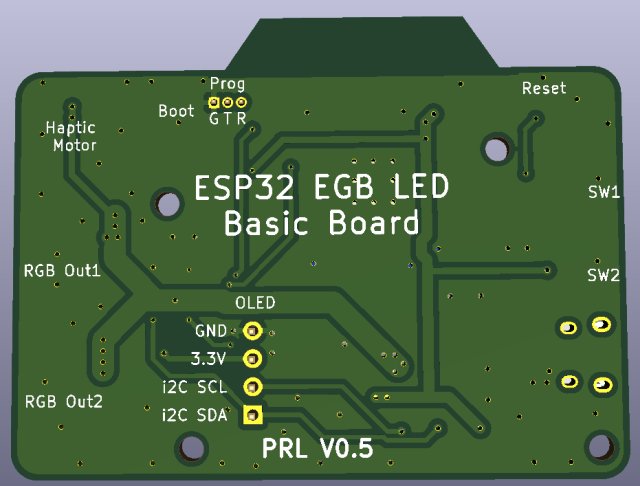