A place to review products you've used so other can gain from your experience.
Post Reply
6 posts • Page 1 of 1

Well my birthday present to myself arrived today, a Seek Thermal Camera for the iPhone.

They don't ship to Australia, so I used a drop shipping company who were great, http://www.bigapplebuddy.com

Here are some initial shots from my iPad of the office and server room.

The Thermal app also allows for dual screen, i.e. half normal camera, half thermal, also either picture or video but have yet to play with settings. It was only after I took these photos that I realised there is a manual focus on the lens, hence why these are a bit fuzzy.

Will bring along to meeting this weekend.

Finger prints on the desk a few minutes after touching

One of my test subjects

Heres some more thermal goodness while playing around last night, for some reason they are wrong orientation when uploaded here...

If I get a chance tonight I want to check calibration ranges of temps, i.e. 0-100Deg and see how far off things are, as I noticed when checking the 3D Printer extruder it was off a bit, mind you it may be my printer as Ive added a different thermistor than the original and may have the wrong lookup table configured. 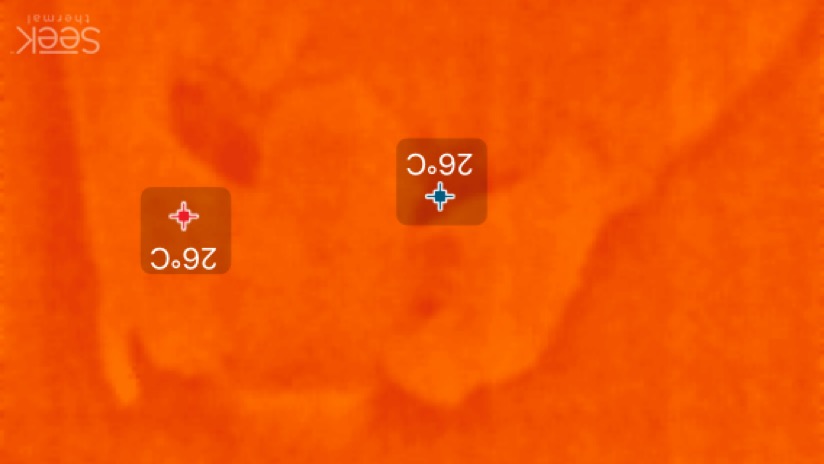 Macbook on stand plugged into thunderbolt monitor, interesting that the Thunderbolt plug has the highest heat signature. 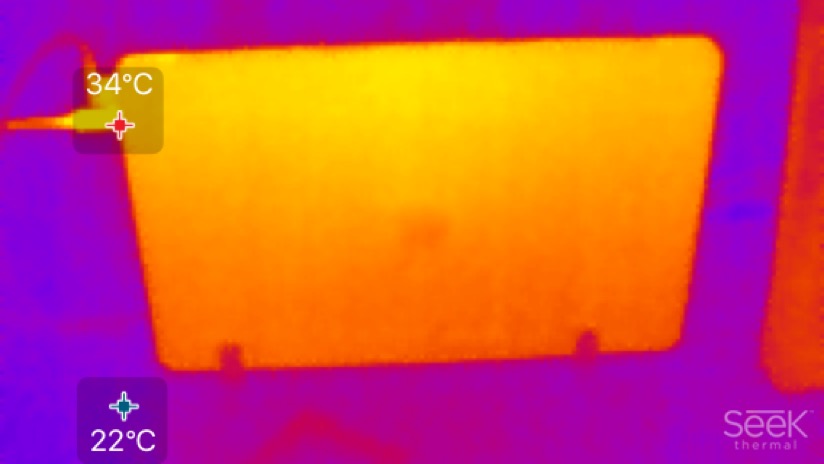 I was watching it heat up and the build plate was very even across the whole surface, the differences you see here are the reflection in the corner of the extruder at 190DegC

From below. The insulation on the bottom of the build plate just doesn't seem to cut it for insulating the heat (It is 3mm cardboard mind you),however without it I don't get up to 100DegC 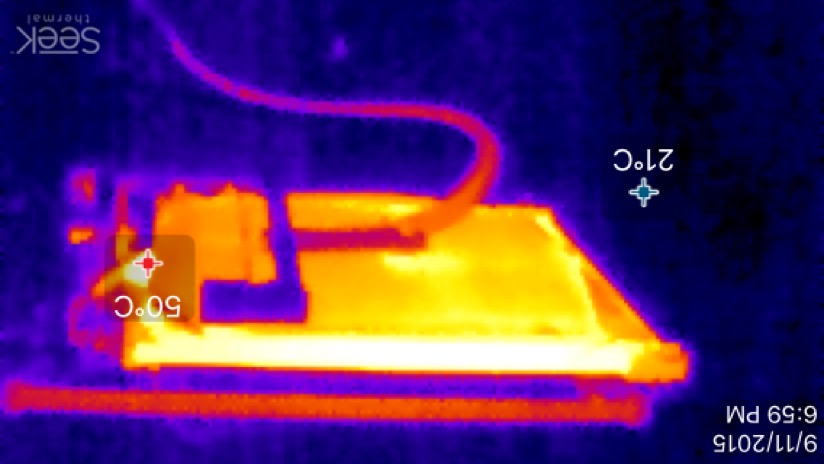 From Top, note reflection from extruder in corner 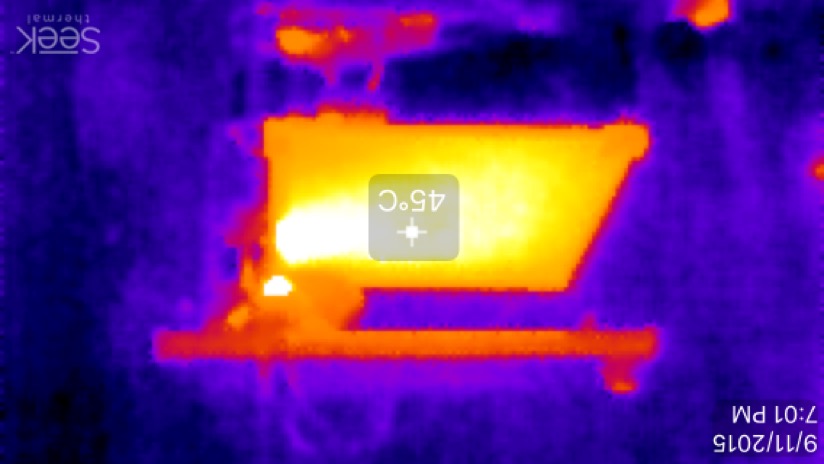 Foot print on the tile floor 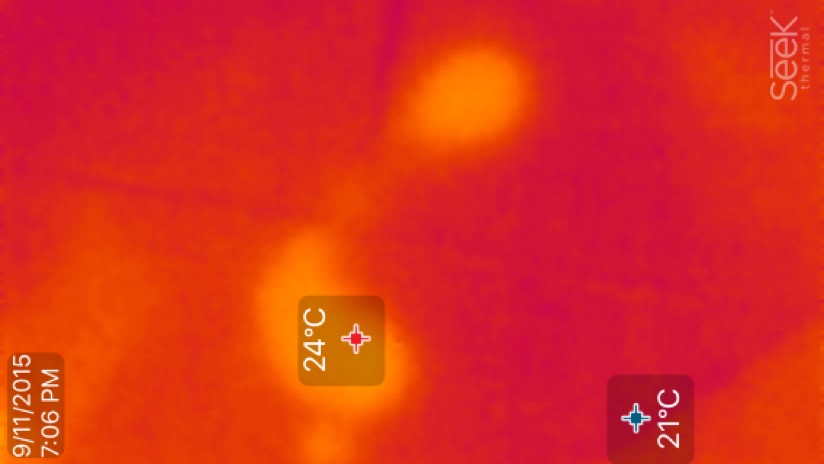 LOL - well done. Looking fwd to checking it out! That is a very neat device and sooo useful.
http://www.bdug.org.au/
Top

What USA post shipper do you recommend?
http://www.bdug.org.au/
Top

Couldn't recommend them enough they are fantastic. I dealt with Phillis (info@bigbuddy.com) and told her that I'd be recommending them to our maker group so if you use them let them know that I referred you.

Took just over a week to get here via UPS once they received it.

Today a couple of ZnSe lens I order from Ali arrived, these are used in CO2 lasers but pass the wavelengths for the camera and now allow me to do macro with the seek thermal. 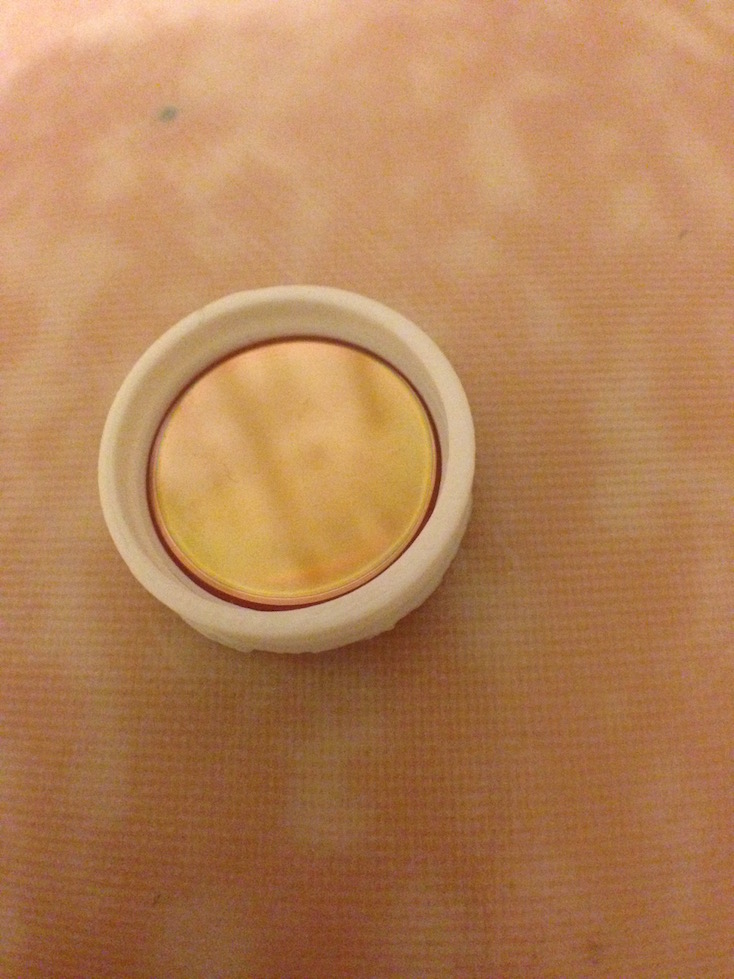