A place to review products you've used so other can gain from your experience.
Post Reply
3 posts • Page 1 of 1

I purchased a number of cheap 12V 6A power bricks for my new workshops LED ligghting from china, Paid approx $USD1.985 each. In my new shed I have temporary internet to it via powerlines modems, I found right off the bat these things were putting noise on the powerlines line and causing my powerlines modem link to show red light meaning it was not at the rated speed, and source of interference was present.

....We'll they lasted approximately a day of operations before I removed them due to safety concerns.

They were running very hot at 3A or 48W of LED lighting each. So were running at half their rated load. I had allowed for double in my design just incase I wanted to add additional strips on each segment if the lighting was not bright enough.

One popped and let out the smoke when I turned the lights back on, which prompted me to investigate further and found the other where all leaking electrolyt due to them running hot.

This led me to an autopsy on the one that popped. 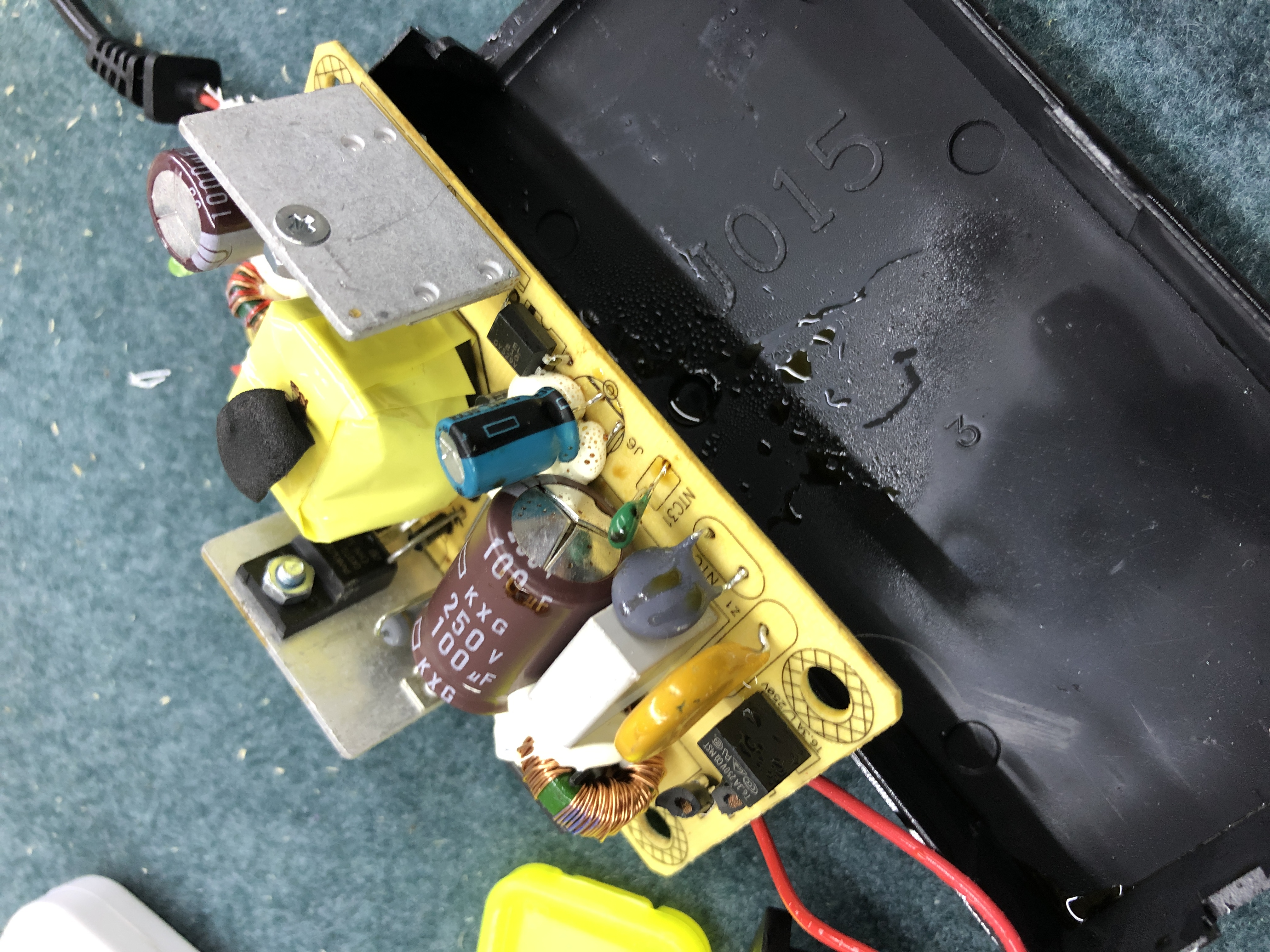 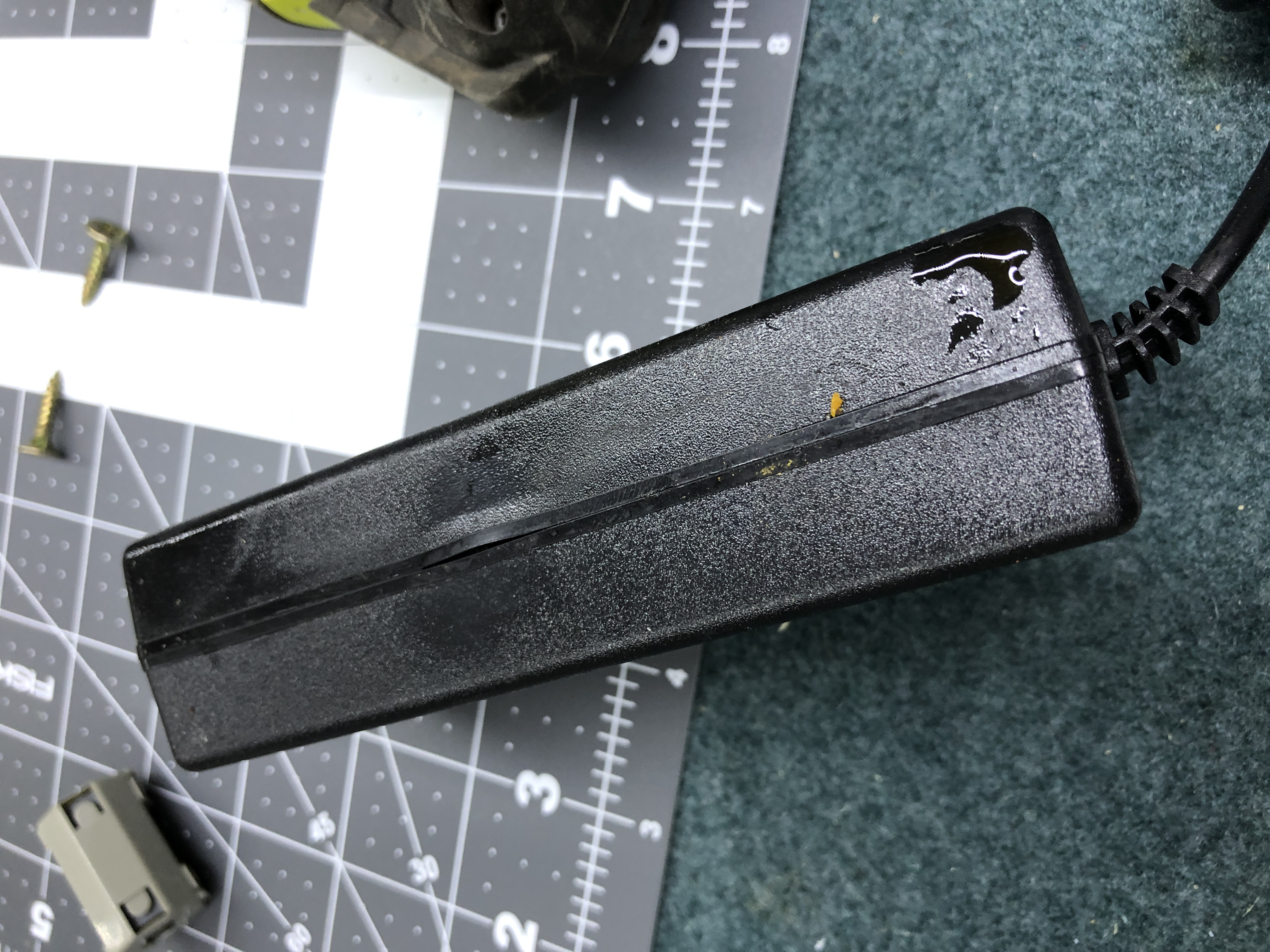 I also feel the output conductor size is underrated for 6A. (I'll get a better shot)

I have a feeling these may have been recycled and put into new casings or not passed QA and re-packaged, as the PCBs had the original mains and output wires cut off flush still in situ and look to be the correct sizing. The PCB is also floating, i.e. not fixed in the housing.

Lessons learnt....you get what you pay for and sometimes it's not worth risking fire for prices. From now on I'll be sticking to Australian rated power-supplies and power packs. I may be able to get my $25 back. will see.....
BLOG: https://my.makeraddiction.com/
Thingiverse: https://www.thingiverse.com/seaton/
Github: https://github.com/madeinoz67
Top

updated to this, they refunded me for all 5 devices, not the shipping oh well live and learn!
BLOG: https://my.makeraddiction.com/
Thingiverse: https://www.thingiverse.com/seaton/
Github: https://github.com/madeinoz67
Top

Nice to find this out first up though. At least you where working in the area so that you could diagnose this quickly.
http://www.bdug.org.au/
Top
Post Reply
3 posts • Page 1 of 1