For many years now I have used a Schottky Diode as my input reverse voltage protection device. Depending on the type of diode and current drawn, these usually give a voltage drop between 0.3V and 0.5V. This is better than a normal power diode which might give you a drop of 0.6V to 0.7V.

The other day I was designing up a new power distribution board for some micro servers that I am trialling at home. The largest Schottky Diode that I had on hand was a 2A rated SS32 diode. The two micro-servers draw around 750mA each, for a total of 1.5A through the single SS32 diode. Needlessly to say, it was running VERY hot with a voltage drop across it of: 470mV! 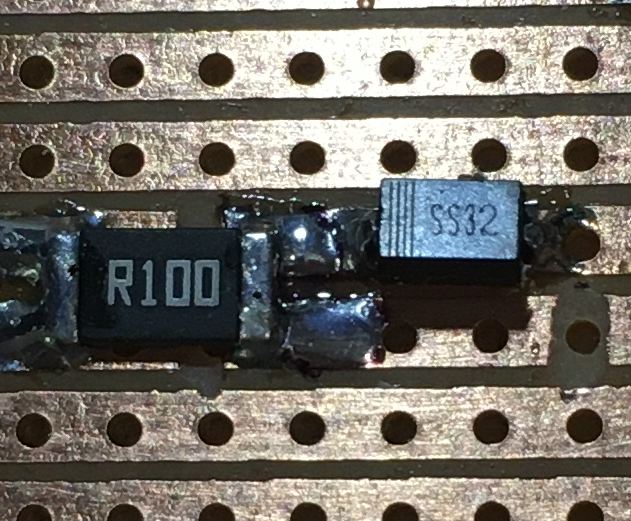 
I ordered a larger 5A Schottky diode, but then did a bit of an Internet search and discovered the wonders of P-channel MOSFET on the high-side. The largest P-channel MOSFET I have is an AO3400 which is rated at 4A, but the Vgs is around 12V max, and mine might push 15V, so I added a 10V Zener diode to clamp the gate voltage:


This worked a treat on the vero board based beta test circuit. Its now only slightly warm to touch with a voltage drop of: 86mV! 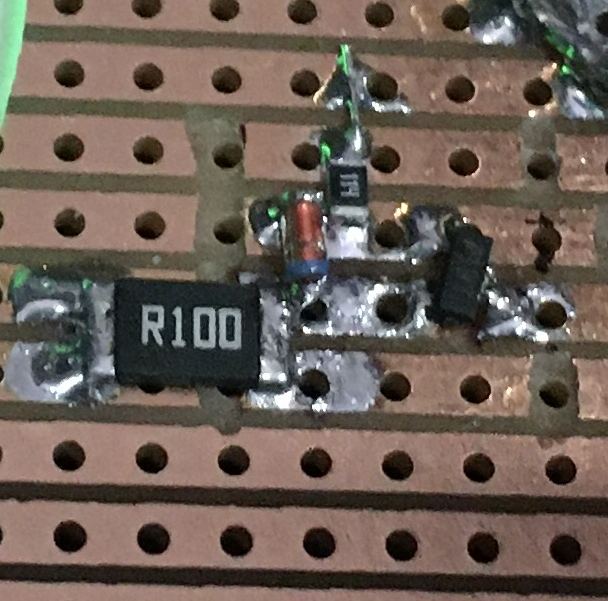 NOTE: the large 2512 sized 0.1 ohm (R100) is there so I can (eventually - when my quad Op-Amps arrive), measure the current draw. The various currents and voltages will be measured by a ESP32 and displayed via a webpage.
http://www.bdug.org.au/
Top
Post Reply
1 post • Page 1 of 1